Stuck At the Bottom

Back in January, I gave a talk at PodCamp Halifax about what I learned in building and promoting my app Remembary: The Connected Diary for Your iPad. The tone of the talk was positive, but a bit resigned, since I hadn't been able to figure out a way to get much attention and thus sales for Remembary.

I had tried all sorts of promotional strategies, from Google and Facebook AdWords to sponsorships to handing out promotional cards to everyone I met with an iPad. But from what I had read, I gathered that the biggest boost to your app is to get featured in the App Store. To get featured, though, you need to be remarkable somehow - and usually this comes from getting a good review from one of the big App Review sites. Of course, even a bad review from one of these sites would at least bring attention to the app. So I sent out emails with promo codes to several sites - the digital equivalent to cold-calling - but never heard anything back.

If I couldn't get direct attention from a site, I tried at least mentioning Remembary in article comments - but only where it was appropriate. It's important (and tricky) to be persistent in getting the word out while not descending into spam. The key is to always be aware of the context. For example, when TechCrunch raved about Momento, a somewhat similar app that is iPhone-only, a lot of the comments complained that there was no iPad version - so I added a comment describing Remembary and added a link - it was pertinent to the discussion, and potentially useful to people reading the article.

From the analytics at www.remembary.com, I noticed a few hits a day coming from that TechCrunch article - and these were likely good leads, since they were from people who were already interested in diary apps and who had read quite a ways down in the comments.

So I decided to try adding comments to other similar sites.

One of the results that came up early in many of the searches for diary and journal apps was Amazing iPad Journal Apps on AppAdvice.com. In this article, Bryan Wolfe reviews three of the leading iPad diary apps - apps I had looked at longingly as they floated far above Remembary in the rankings and search results: My Own Diary HD, iJournaler, and Maxjournal for iPad.

The thing that struck me as I read through his reviews was that whenever he explained his preferences, he practically described Remembary. Here's his introduction:

My criteria in selecting a journal app was as follows: I needed to be able to export the data to another source and password its contents. In addition, I wanted an app that looked very similar to an actual journal right down to its crisp looking pages and well-worn backing. Since I like the look of leather on journals, having that look is certainly a plus. Finally, the app should have a nice search feature so I can retrieve my past journal entries.

Export to text? Check. Password? Check. Search? Check. Looking like a real journal? The most recent release included several new themes, such as: 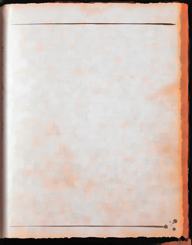 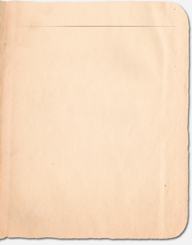 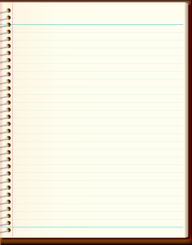 Leather cover? Coincidentally, I had just spent a lot of time and energy putting together a textured leather cover with a very nice 'slide open' visual effect: 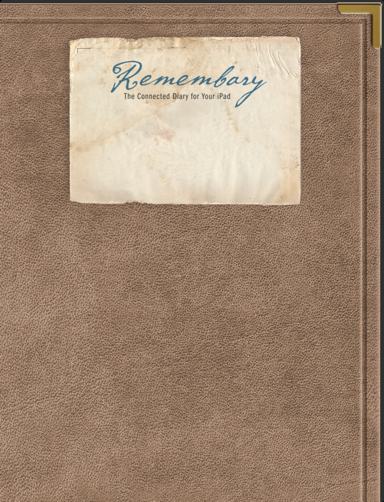 It was a no-brainer, then, to put in a comment about Remembary.

A few hours after I submitted that comment, I got an email from the author asking for a promo code for Remembary. I sent him one, and figured I might hear from him in a few days. I went back to my client work for the afternoon and then went to The Economy Shoe Shop Cafe for dinner and drinks with friends. When I finally checked my email that evening I noticed several messages from the Remembary support form - much more than usual. I was tired (and I had had a few drinks) so I decided I would look at everything tomorrow, and went to bed. The next morning, I checked the site stats and discovered a lot of hits coming from AppAdvice.com, and after a bit of searching found Remembary is a Great iPad Journal App.

The review was above and beyond what I expected. It started with a description of buying gorgeous leather-bound journals in Rome, and then went on to describe Momento, finishing the introduction with:

Unfortunately, [Momento] isn't universal, nor have its creators offered an iPad version.

However, all is not lost.

Remembary, by Shindig Digital Constructions Inc., is a new app that is every bit as good as Momento, but one created exclusively for the iPad.

I had been admiring (and was a bit jealous of) Momento for a long time - so that last line almost knocked me over.

It turns out that AppAdvice.com is one of the most popular app review sites out there - and I had just tagged a rave review. When the sales chart came out later that morning, it looked like a giant cliff, or the track of a rocket launching into space.

So, after months of trying all sorts of promotional tactics, all it took to finally launch Remembary was ten minutes of writing a blog comment, and a five minute response email.

Of course, it's more than that: if I hadn't built up the habit of writing comments and sending out emails, this opportunity would never have come up.

It's obvious that this whole success involved a lot of luck. I can't deny that. However, this experience has reinforced what I've long believed about luck: There's lots of luck out there - but if you're not trying (and failing) a lot, you're not going to find it. Also, you have to be able to recognize luck when you find it, and follow up on it effectively.

Here's what I think I learned from this:

So what happened next? That's in my next post.

Previous:
Why You Should Have an App in the App Store (Even If You Probably Won't Make Any Money)
Feb 28, 2011 22:55
Next:
Congratulations! Welcome to Your Nightmare!
Mar 11, 2011 09:30
Share
Twitter Facebook
Other Blog Posts
My Expanded Twitter Thread about BurgerWeek 2021 This Is Nowhere: The Server Side Building a React Native App Without Tears - Part 3 Building a React Native App Without Tears - Part 2 Building a React Native App Without Tears (Mostly) This Is Nowhere: The Memento Edition This Is Nowhere: Aspects of Accessibility Presentations About NowHere This Is Nowhere: Head-First Into React Native This Is Nowhere: Bloomsday Halifax This Is Nowhere: Why an HTML/JavaScript Single-Page App With GPS Is A Bad Idea This Is Nowhere: GPS and Wayfinding and More UX This Is Nowhere: The Single-Button UX This Is Nowhere: Don’t Just Stand There! This Is Nowhere: Finding My Duck Finding Burgers Fast: My DIY Halifax Burger Week Site "This is Nowhere" at PodCamp Halifax 2018 The Diary Diaries: Fixing Remembary's Facebook Connection Special Leap Day Edition of "Some Weird Things About Time" What's Up With Remembary Can't get pg_dump To Work Now That Heroku Has Upgraded Postgresql to 9.4? The Best Thing I Ever Did To Promote My App If You Build It, They WON'T Come #deployaday, My Big Hairy Plan for 2015 Extracting Plain Text from an NSAttributedString My Year of "Hits" Part 2: Remembary Rolling My Year of "Hits" Part 1: Remembary Rises (and Stumbles) Handy Little Test Method to Check for Translations in Rails Apps My Suddenly Slow-Waking MacBook Air Indie App PR: Keeping Control of Your Tone A Quick Note on 'clone' in Rails 3.2 My eBook Apps 2: iOS, JavaScript, and Ruby My eBook Apps 1: Introduction Quick Tip: No Sound on Mountain Lion My Upcoming Talk at PodcampHFX 2012: My Year of "Hits" starshipsstarthere.ca: Building at the Speed of Funny Screencast Tips Remembary's Cool New Picture Support Indie App PR 2: Keeping On Top Of User Feedback Indie App PR 1: How to Handle an App Disaster Giles Bowkett Diary Project 2 Remembary Video Congratulations! Welcome to Your Nightmare! How My iPad App Remembary Took Off Why You Should Have an App in the App Store (Even If You Probably Won't Make Any Money) PodCampHFX Remembary Presentation - Part 3 How I Used MailChimp Autoresponders to Promote Remembary PodCampHFX Remembary Presentation Part 2 PodCampHFX Remembary Presentation Part 1 Why AdWords Ads Don't Work for iPad Apps Remembary is Sponsoring PodcampHFX Why Can't I Resize my Views in Interface Builder? Momento and Remembary Concerning Remembary iPad-Friendly eBooks of Gracian's Art of Worldly Wisdom Project Report: PTOS2 A Quick Note on Encryption We're all LUsers Thoughts on HAML Friday Afternoon Hack - Getting Beyond the Basics Halifax Friday Hack and Back to Basics Quote from Wil Shipley FutureRuby Make Web Not War Busy Week I: Toronto Ruby Job Fair Employment.nil - the Toronto Ruby Job Fair Code Count: Ruby on Rails vs. C#/ASP.NET A Brief Note on Twitter The Hub Halifax and Mobile Tech for Social Change Deep Thoughts on Microsoft From The Accordion Guy The Two Kinds of Defensive Programming Presentation - Fixing Careerious: From C#/.NET to Ruby on Rails Enterprise! Presenting at Ruby on Rails Project Night - May 7th New Name and New Look for Careerious/Clearfit FutureRuby and More From Unspace Health Tips for Programmers This tables meme won't die Careerious - Ruby and Rails vs. C#/.NET Yeah I Use Tables For Layout, So Sue Me The Different Kinds of Done Giles Bowkett's RubyFringe presentation OfficeTime: Great Time-Tracking App for OS X Back With A New Look Non-DRY Feed torontorb Keeping Your Sanity With The Command Design Pattern shindigital Is All Grown Up! (according to the spambots) Startup Stars? I'm so bored! The Magic Words for RMagick Jennifer from Operations You see? Naming is HARD Business Software as Process Documentation Deployment note: 'execve failed' Steve Jobs on Market Research Why Canada Is Better for Entrepreneurs "Program first and blog second" Toronto Tech Collage The MacBook Air Is A Roadster RubyFringe! Quote of the Week: Steve Yegge Starting Up: Cards Great design tool: browsershots.org Starting Up: The Logo Quotes Of The Day: Hedge Fund Interview TSOT Ruby / Rails Presentation Night - Part 1 Moneyworks: Accounting Software for Canadians on OS X Starting Up: The Name Nice logo, but why is your site so bland? Welcome to shindigital.com