On January 23rd 2011, I gave a talk at PodCamp Halifax about my experiences in building my first iOS app, Remembary, and the first few months of trying to promote it. It was called "Why You Should Have an App in the App Store Even If You Probably Won't Make Any Money".

In Part 1, I talked about building Remembary and launching it in the store. In Part 2, I talked about how I promoted Remembary. In this last part, I'll talk about what I learned from the competition, as well as my final thoughts on having an App.

In the new year, I got busy with client work - and to be honest the hustle was getting emotionally draining. I turned off the AdWords spending and slowed down on the promotions. The nice thing with having my own app is that I'm only responsible to myself - if I want to stop pushing it for a while, that's entirely fine. The only money I'm (theoretically) losing is my own.

In the meantime, I started looking at the stories of other Apps in the store. It's hard to find stories about 'average' apps (that's why I'm writing about this one), but there are a quite few stories out there about the 'winners' who have made it big.

The big successful apps I've read about all have a few things in common that made me feel a lot better about Remembary: 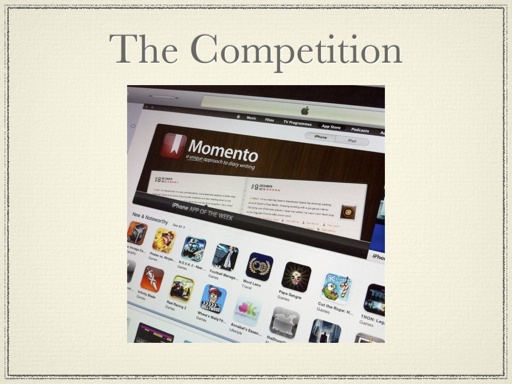 Also around this time, I found out about Momento. It turns out I wasn't the only one who thought that combining social media and diaries would be a good idea.

Momento is a very polished iPhone app that creates a diary out of your social media. It got rave reviews in TechCrunch and Gizmodo, big name bloggers like Matthew Ingram and Stephen Fry were talking about it - and then just after New Year's, they were featured as the "App of the Week" in the App Store. Worldwide.

Of course, I'm really happy for them (sniff) - but at the end of the day, this is also good for Remembary. Here's why:

Looking at Momento some more, I found some more interesting, heartening things: First off, they weren't an overnight success. In fact, most of this hype was over version 2.0 of Momento. Version 1.0 had come out over a year ago. Also, they had a bug in their Twitter reader even as they were getting huge amounts of attention - a good reminder that things an app doesn't have to be perfect to make it big.

It's easy to fall into the trap of thinking that the latest app you hear about is brand new and has instantly vaulted to fame and fortune - but most of the time this isn't the case. It turns out that most apps you've heard about have been around for a while - they only seem new because they're new to you. But even if the apps happen to be new, the developers usually aren't.

Many successful apps are on version 2 or 3, or its developers are on app 5 or 6 (the folks behind Angry Birds, for example, had already created dozens of other iOS and Flash games before they hit the big time).

It shouldn't be a surprise, but it turns out that slow and steady progress is the only way to grow something. 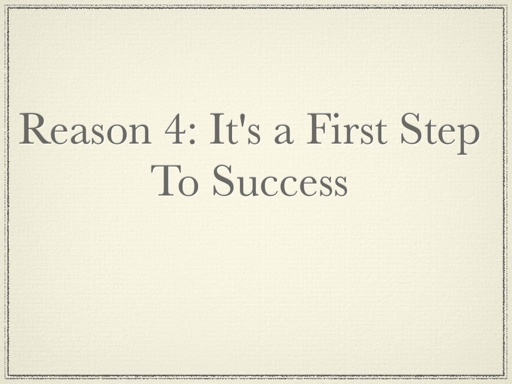 This is another reason why I'm glad I have an app in the App Store: It's a First Step to Success.

You can't succeed until you've failed a few times.

Thomas Edison invented the lightbulb by trying over 1000 different kinds of lightbulb before finding the right one.

So you need to get out there - fail early, fail fast. And then get back up and do it again.

Speaking of steady progress, another thing I've discovered (that probably deserves its own post) is that promotional power is also based on momentum: you need to be doing something newsworthy every week - if not every day. The steady accumulation of attention builds up your Google PageRank and keeps the focus on your app. Write a blog post, send out promo codes - or if nothing else is going on, drop your price for a few days. 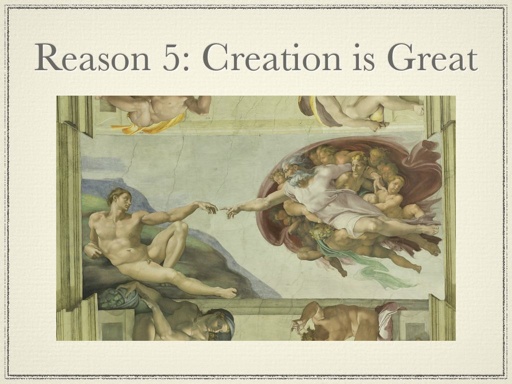 Success or not, at the end of the day my experience with Remembary is really about personal satisfaction. It's really great to create something.

We don't make enough these days in our culture. In the white collar world of corporate hierarchies and service industries, "success" usually means that you're getting further and further from actually creating anything. I'm lucky in that I build software for a living - but before Remembary all of this software was for other people.

I keep a diary myself, and I also spend a lot of time on Twitter and Facebook and the like - so at one level Remembary really only has to be useful to me. I would have likely built something like it for myself anyhow, even without the ability to sell it. So after that, anything else is just gravy.

No matter what happens with Remembary, the best thing about it is that only a few months ago it was just an idea in my head, and now it's a real product. Even more heartening, it has even been paid for with cash by many people in other countries all around the world - even people who aren't friends or relatives!

A diary is by its nature a personal, private thing that becomes part of your life. While a video game is something that someone plays with for a few hours and then discards, a diary is used a little bit every day, possibly for years or even decades. It's super satisfying to know something I built is being being used by even one person every day, to record and reflect on their life.

Over the holidays I discovered that an aunt of a friend of mine had bought Remembary and had used it to write about her recent trip to Italy. In a way, that was one of the best Christmas presents I've ever received.

At the end of the day, having an impact on other people's lives is really great for your psyche and your sense of self. It's still making me crazy and anxious, but it's also insanely great.

Previous:
How I Used MailChimp Autoresponders to Promote Remembary
Feb 24, 2011 14:10
Next:
Why You Should Have an App in the App Store (Even If You Probably Won't Make Any Money)
Feb 28, 2011 22:55
Share
Twitter Facebook
Other Blog Posts
My Expanded Twitter Thread about BurgerWeek 2021 This Is Nowhere: The Server Side Building a React Native App Without Tears - Part 3 Building a React Native App Without Tears - Part 2 Building a React Native App Without Tears (Mostly) This Is Nowhere: The Memento Edition This Is Nowhere: Aspects of Accessibility Presentations About NowHere This Is Nowhere: Head-First Into React Native This Is Nowhere: Bloomsday Halifax This Is Nowhere: Why an HTML/JavaScript Single-Page App With GPS Is A Bad Idea This Is Nowhere: GPS and Wayfinding and More UX This Is Nowhere: The Single-Button UX This Is Nowhere: Don’t Just Stand There! This Is Nowhere: Finding My Duck Finding Burgers Fast: My DIY Halifax Burger Week Site "This is Nowhere" at PodCamp Halifax 2018 The Diary Diaries: Fixing Remembary's Facebook Connection Special Leap Day Edition of "Some Weird Things About Time" What's Up With Remembary Can't get pg_dump To Work Now That Heroku Has Upgraded Postgresql to 9.4? The Best Thing I Ever Did To Promote My App If You Build It, They WON'T Come #deployaday, My Big Hairy Plan for 2015 Extracting Plain Text from an NSAttributedString My Year of "Hits" Part 2: Remembary Rolling My Year of "Hits" Part 1: Remembary Rises (and Stumbles) Handy Little Test Method to Check for Translations in Rails Apps My Suddenly Slow-Waking MacBook Air Indie App PR: Keeping Control of Your Tone A Quick Note on 'clone' in Rails 3.2 My eBook Apps 2: iOS, JavaScript, and Ruby My eBook Apps 1: Introduction Quick Tip: No Sound on Mountain Lion My Upcoming Talk at PodcampHFX 2012: My Year of "Hits" starshipsstarthere.ca: Building at the Speed of Funny Screencast Tips Remembary's Cool New Picture Support Indie App PR 2: Keeping On Top Of User Feedback Indie App PR 1: How to Handle an App Disaster Giles Bowkett Diary Project 2 Remembary Video Congratulations! Welcome to Your Nightmare! How My iPad App Remembary Took Off Why You Should Have an App in the App Store (Even If You Probably Won't Make Any Money) PodCampHFX Remembary Presentation - Part 3 How I Used MailChimp Autoresponders to Promote Remembary PodCampHFX Remembary Presentation Part 2 PodCampHFX Remembary Presentation Part 1 Why AdWords Ads Don't Work for iPad Apps Remembary is Sponsoring PodcampHFX Why Can't I Resize my Views in Interface Builder? Momento and Remembary Concerning Remembary iPad-Friendly eBooks of Gracian's Art of Worldly Wisdom Project Report: PTOS2 A Quick Note on Encryption We're all LUsers Thoughts on HAML Friday Afternoon Hack - Getting Beyond the Basics Halifax Friday Hack and Back to Basics Quote from Wil Shipley FutureRuby Make Web Not War Busy Week I: Toronto Ruby Job Fair Employment.nil - the Toronto Ruby Job Fair Code Count: Ruby on Rails vs. C#/ASP.NET A Brief Note on Twitter The Hub Halifax and Mobile Tech for Social Change Deep Thoughts on Microsoft From The Accordion Guy The Two Kinds of Defensive Programming Presentation - Fixing Careerious: From C#/.NET to Ruby on Rails Enterprise! Presenting at Ruby on Rails Project Night - May 7th New Name and New Look for Careerious/Clearfit FutureRuby and More From Unspace Health Tips for Programmers This tables meme won't die Careerious - Ruby and Rails vs. C#/.NET Yeah I Use Tables For Layout, So Sue Me The Different Kinds of Done Giles Bowkett's RubyFringe presentation OfficeTime: Great Time-Tracking App for OS X Back With A New Look Non-DRY Feed torontorb Keeping Your Sanity With The Command Design Pattern shindigital Is All Grown Up! (according to the spambots) Startup Stars? I'm so bored! The Magic Words for RMagick Jennifer from Operations You see? Naming is HARD Business Software as Process Documentation Deployment note: 'execve failed' Steve Jobs on Market Research Why Canada Is Better for Entrepreneurs "Program first and blog second" Toronto Tech Collage The MacBook Air Is A Roadster RubyFringe! Quote of the Week: Steve Yegge Starting Up: Cards Great design tool: browsershots.org Starting Up: The Logo Quotes Of The Day: Hedge Fund Interview TSOT Ruby / Rails Presentation Night - Part 1 Moneyworks: Accounting Software for Canadians on OS X Starting Up: The Name Nice logo, but why is your site so bland? Welcome to shindigital.com